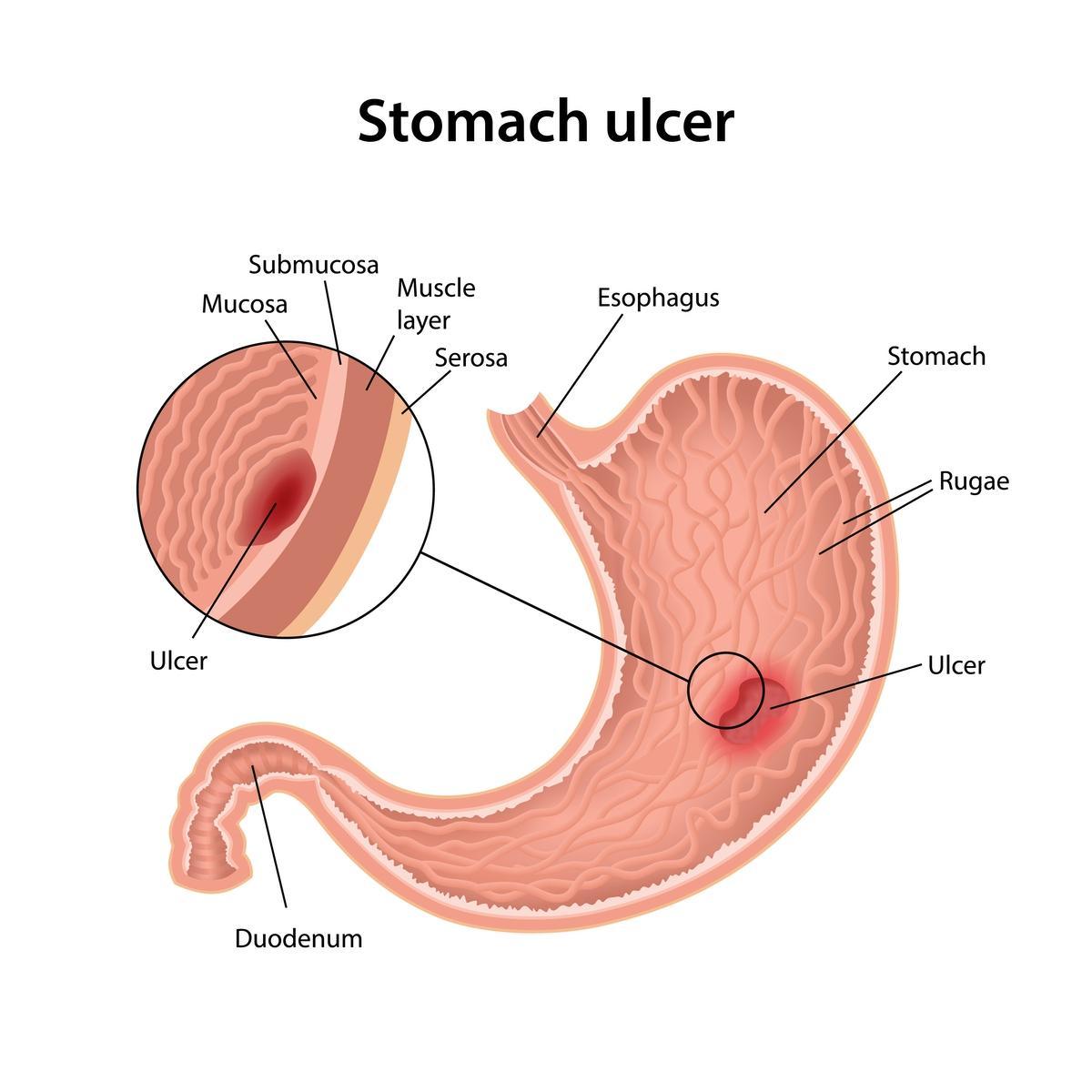 An Ulcer, formally known as Peptic Ulcer Disease, is extremely common, affecting millions of people in the U.S. alone every year. Ulcers are sores or areas of eroded lining in the stomach and small intestine. They are often caused by the presence of Helicobacter Pylori (H. Pylori) bacteria or the use of non-steroidal anti-inflammatory drugs (NSAIDS) like ibuprofen and aspirin.

Both H. Pylori and NSAIDS affect production of the GI system’s mucus lining which can injure tissues and create small sores. Over time, digestive juices irritate the sores and can result in ulcers. If left untreated, ulcers can be painful and cause internal bleeding. Fortunately, ulcers are easily treated by a gastroenterologist. 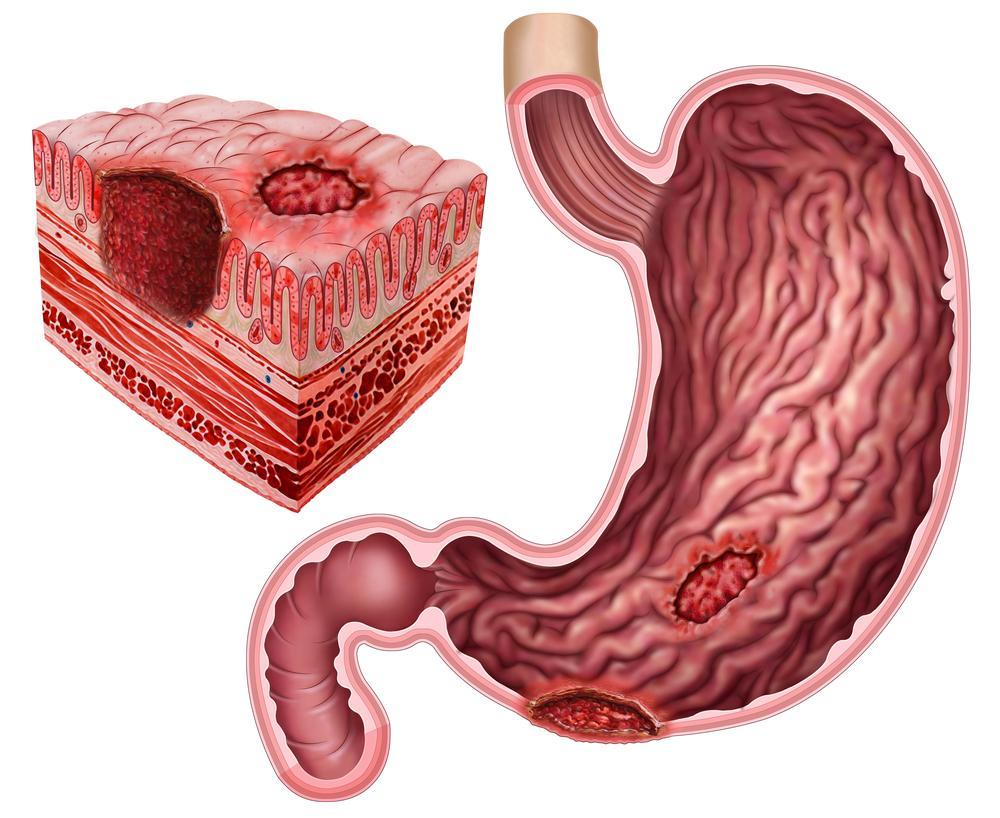 Ulcers can present in many different ways. Some people exhibit no symptoms, while others show several. Common symptoms include:

Some of the symptoms of ulcers are similar to those of other disorders like acid reflux, IBS, or Crohn’s Disease, which is why proper diagnosis is essential. Without the right treatment, ulcers can cause severe internal bleeding and anemia.

Diagnosis starts with a medical history and discussion of your symptoms. The gastroenterologist will also ask what medications you take to determine if they may be irritating your stomach. Blood, breath, and stool samples may be taken to test for H. Pylori. Most cases will require an endoscopy which allows the gastroenterologist to examine the inside of your stomach and duodenum for evidence of ulcers.

Ulcers can be treated with over-the-counter or prescription medications such as:

Ulcers are very treatable and most patients make a full recovery with no ill effects. Once the cause of the ulcer has been identified and removed, the mucus lining of the stomach and intestines is restored and able to protect tissues from corrosive digestive acids. Contact Dr. Asgeri at Palm Springs’ Oasis Advanced Gastroenterology if you suspect an ulcer.