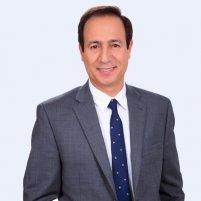 What is Crohn's disease?

Crohn's disease is a form of inflammatory bowel disease that can damage any part of your gastrointestinal tract, from the mouth to the rectum. Crohn's disease can damage all layers of tissue, potentially leading to severe and even disabling symptoms.

Crohn's disease occurs when your immune system destroys healthy intestinal microbes. These microbes produce metabolites that help you fight off inflammation, so they're very plentiful in a healthy gut.

With Crohn's disease, however, the lack of these important microbes can lead to serious inflammation and tissue damage. The reason for this immune reaction isn’t certain, but researchers believe that viruses, bacterial infections, genetics, and environmental factors could play a role.

What are the symptoms of Crohn's disease?

Crohn's disease can cause a wide variety of symptoms, including:

Symptoms can vary by person, with intensity ranging from mild to severe. Many people have flare-ups followed by periods of remission.

How is Crohn's disease diagnosed?

Dr. Asgeri reviews your symptoms and the information gathered during your diagnostic testing to create a care plan for your Crohn's disease.

What does Crohn's disease treatment involve?

Dr. Asgeri performs a variety of procedures for Crohn's disease, including fissure repair, fistula repair, abscess repair, and, for severe Crohn’s cases, removal of a damaged part of your gastrointestinal tract.

With Dr. Asgeri’s skilled guidance and support, you can manage Crohn’s disease efficiently and get back to good gut health.

Call the Oasis Advanced Gastroenterology office or click on the online appointment tool to get help for Crohn’s disease now.